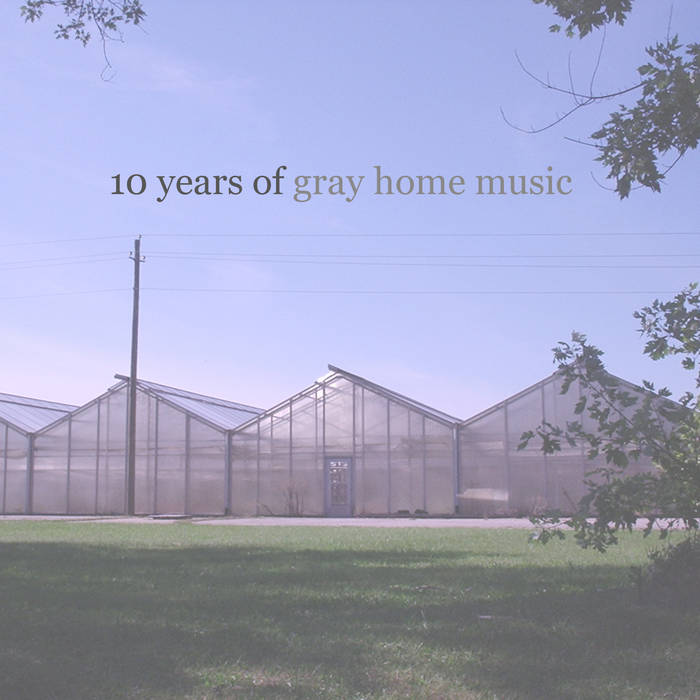 Hope
This is the first song I recorded with Pro Tools in the house in Richmond, the studio later referred to as “Castle Reverb.” I didn’t know how to trim and fade things very well so that is why there is a weird string noise of the ebow track, but I got used to hearing in and started to like the way it sounds.

Lucy’s Song
This was the song I played for Lucy at our wedding. I wrote it and recorded it to send to Billy, Andrew, Jason, Will and Matt so they could play along. I practiced this and “Simply the Best” every day after Lucy went to work. Mandy and Erin ended up singing along at the reception.

Your Day
There were a lot of extra songs from the “Send Some Energy to Me” album. I ended up cutting the record down to just 8 songs. I think I was worried it would go on too long. This song seemed a little too much like “Sometimes Dreams Are Strange” which made it on the record.

Poor Man’s Copyright
This was one that I was working for “Motorcycle One” that was never finished. So, I started working on this one and a few others that I was stuck on. I had the music and the verse lyrics. So, the verses have some of the same lines as “Holland Tunnel” and “King of Cutting Corners” because I thought the song was going to be with those.

Big Climb
This song was started after “Motorcycle One” in the same session as “Middle School Slam Dance Champion.” I think I was so excited about “Middle School” that I lost some of the other stuff from that day. I really liked the sound of the guitar and drums on this but hadn’t finished the structure. I had to cut and paste a lot and the ending wasn’t there so I had to add that on.

Everything I Touch
I think I wrote this before “Motorcycle One” but it didn’t seem to fit with those songs so I left it unfinished. This may be the only song I have written since high school where I drop the f-bomb. Explicit.

10 Years
This was written and recorded for a Rowntree Records compilation that has not come out yet. But it seemed appropriate for this collection too.

Plans
This was the last song I recorded before Pro Tools. I kind of liked it but it never seemed to fit in with any other songs.

Horizon
Another “Send Some Energy” outtake, this one was not finished until recently. I actually used the end of another song that I liked and finally finished the words.

We All Lose Sight
This song was going to be the last song on “Send Some Energy” but I felt like it was a little too long and slow.

WECI LIVE radio show
This was recorded and mixed together for WECI 91.5 Richmond. Interviewed by Ryan Newmyer. Featuring songs from “Motorcycle One” and live versions of “Middle School Slam Dance Champion” and “The Meltdown.” Also an alternate version of “Send Some Energy to Me” and unreleased “Palace of Depression” and “City on Fire” from the forthcoming route 40 album.

Sea of Green
This was recorded for the WECI show but not used.

Discarded Star Pianos
This was recorded for the WECI show but not used.

Middle School Slam Dance Champion (demo)
This was recorded the same time as “City on Fire” which will be on the route 40 album.
The album version of this song was actually from the WECI LIVE session. We took the basic tracks from that version and added the rest to it.

The Meltdown (demo)
This was the first version of the song, I had the idea for the keyboard part when I wrote the song, but after playing it live with Buffalo Meltdown it changed and I felt like this version didn’t really feel right. Also this version is in a different key than the album version.

Send Some Energy to Me (2006)
This was recorded after playing the song with Billy and Jason. It seemed like the song as we played it was more dynamic than the album version and I wanted to try to recreate what it sounded like when the three of us played it. This version was used for the radio show.

Discarded Star Pianos (acoustic)
I am really happy with the album version of this song, but it’s also fun to play this way. I feel like this song was a breakthrough for me as far as song and lyric writing. This version was used on my Kickstarter video.

Where Do You Live (live @ Luna Lounge, NYC, 5-26-2002)
This was recorded at the first gray home show at the Luna Lounge. Josh Hunter played bass and Ian Stynes played drums.

Geometry on the Floor (live @ Luna Lounge, NYC, 5-26-2002)
This was recorded at the first gray home show at the Luna Lounge. Josh Hunter played bass and Ian Stynes played drums.

I Can’t Begin (live @ Luna Lounge, NYC, 5-26-2002)
This song was going to be track 2 on “Send Some Energy To Me” but I decided to cut it in the end. I like this live version better than the studio version. Josh Hunter played keyboard and Ian Stynes played drums.

Family Divers (live @ Ryan’s House, Philadelphia, PA, 4-11-2008)
Jumping forward, Billy Stines played bass and the Buddha Box, Jason Henn played drums, Will Ryerson played keyboard. Ryan Newmeyer jumped on guitar for a few songs at this show as well. I was working on something called “Family Diversity” and abbreviated it as “Family Divers” when I burned a backup disc.

Our Own Ideas / Hello Amanda (live @ the Hexagon, Baltimore, MD, 4-10-2009)
This was from our 2009 Gray Home Music / Microwave Background (now Other Colors) tour. We had a great time; my favorite part of the tour was hanging out at Will’s house in Baltimore practicing. We played a bunch of fun stuff and ended up playing this medley at the show. Billy played bass, Jason played drums, Adam Schutzman played guitar and Will played keyboard and sings “Hello Amanda.”

Middle School Slam Dance Champion (live @ Village Green Records, Muncie, IN, 7-9-2006)
These two were recorded outside in Muncie in front of the record store. We were calling this lineup, “Meltdown Beta” because it was right before the Buffalo Meltdown tour and Andrew and Joe were not there.

City on Fire (live @ Village Green Records, Muncie, IN, 7-9-2006)
These two were recorded outside in Muncie in front of the record store. We were calling this lineup, “Meltdown Beta” because it was right before the Buffalo Meltdown tour and Andrew and Joe were not there.

Electric Keyboard (live @ Charlie’s, Richmond, IN, 7-8-2006)
This was recorded at Charlie’s in Richmond. We were calling this lineup, “Meltdown Beta” because it was right before the Buffalo Meltdown tour and Andrew and Joe were not there.

The Meltdown (live @ Underground Lounge, Chicago, IL, 8-3-2006)
This was recorded by on video by Andy Ramsey. I liked this version so much I considered using it on the album, but ended up re-recording the song in the studio.
Billy plays bass, Will plays guitar, Jason plays drums, Andrew Myers plays banjo, and Joe O’Connell plays keyboard. I like how everyone sings on this one.

Castle Collection (live @ Art House, Portland, ME, 4-6-2012)
This was the most recent lineup with Todd Lesser on bass, Jon York on guitar and Jim Doherty on drums.